A few lifetimes ago I lived in a beautiful part of Detroit not far from Midtown.  I was twenty when I moved into my first apartment and very accepting of my newfound sense of poverty.  It's true that I was just another middle class kid from the suburbs inserting himself back into the part of town which is forever feared by his parents, but I loved this narrative and had plans to find myself there. 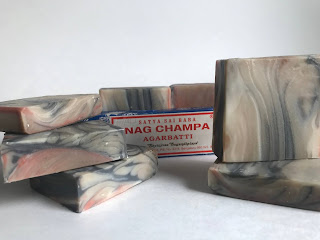 There is a great simplicity to moving into your first apartment.  You live off of ramen noodles and learn quickly that nobody else will clean your dishes for you.  None of your furniture matches and you actually have bills to pay for the first time in your life.  It was in those days of a different time that I first stumbled on a mysterious headshop in my neighborhood called The Flying Dutchman.  It was only open two or three days a week and they sold djembe drums and tapestries among other items of recreational utilization.  This was all well and good, but I went there specifically for only one reason: nag champa soap. 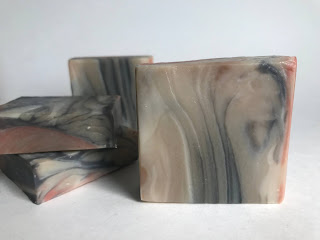 That soap was amazing and it costed something like $4, which could easily have broken my bank at the time.  It was creamy in color and when you used it your entire body felt like you were dancing at a summer music festival.  It's smell feels like somebody with very beautiful eyes is smiling at your soul and for years I thought I had forgotten that feeling.  The Flying Dutchman closed, my obsession with that soap faded and until a few months ago this sweet magic was only a special place of my memories.  This was until Earth Berry Apothecary took notice of my begging and pleading for a taste of my sweetest nostalgia. 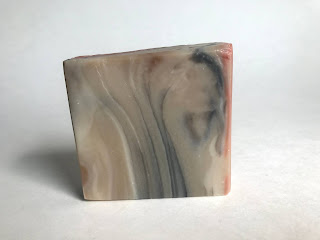 Using the naturally occurring patterns found in wood, this newly redesigned soap has again captured my heart.  They nailed it on this product and I can't get enough of it.  If you've been following our story, you might recall this soap was available for a few weeks early in the game, but it has since been taken down.  There was a lot of deep thought and intention put into its new design and I was forced to wait patiently, but after seeing this final product I am absolutely pleased to have done so.  This is good stuff.  I love this soap so much, it just does something special to me, and that right there is the goal of Earth Berry Apothecary.  They certainly hope they can make you feel special with each and every one of their creations and that intention is beautifully evident in every smell.
Back to blog

I absolutely LOVE this soap! The smell is incredible and the scent last on my skin. Beautiful. Thanks.